An Egg of Eggs

On Easter Monday, March 31, 1823, at breakfast, boiled eggs being a part, my wife breaking one, discovered a second therein; the first appeared, in every respect, a perfect egg, before and after being opened, containing yolk and white in a perfect state; the second, the size of a partridge’s egg, perfectly round, enclosed in a strong membrane or skin, containing slime or white only. 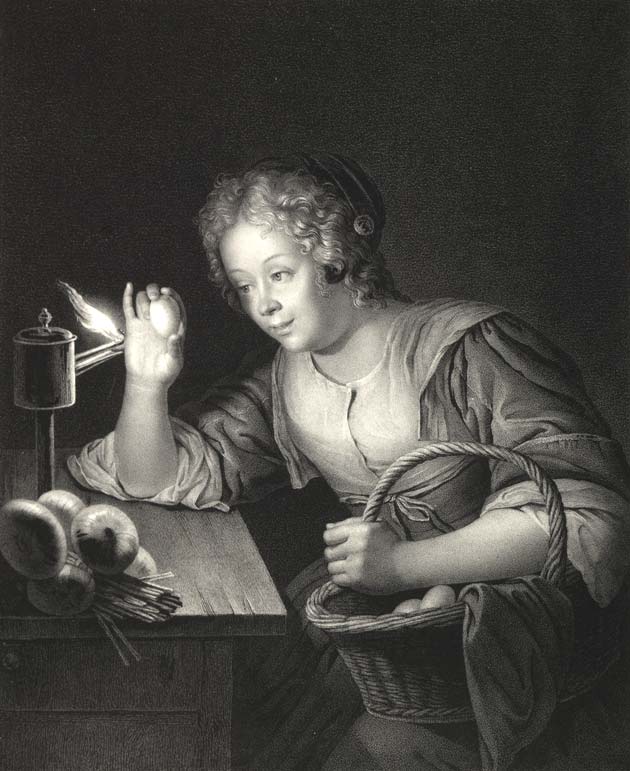 On opening this second egg we therein discovered a third, enveloped as the former; of a firm texture, of the natural or common shape, and of the size of a snow-bird or chippy’s egg. This is retained and preserved for the inspection of the curious; and may be seen at the sign of the Traveller’s Rest. M. Grewsburgh.—Philadelphia Paper.