Once upon a time a rich Merchant, meeting with heavy losses, had to retire to a small cottage, with his three daughters. The two elder grumbled at this; but the youngest, named Beauty, tried to comfort her father and make his home happy. Once, when he was going on a journey, to try to mend his fortunes, the girls came to wish him good-bye; the two elder told him to bring them some nice presents on his return, but Beauty merely begged of him to bring her a rose. When the Merchant was on his way back he saw some fine roses, and thinking of Beauty, plucked the prettiest he could find. He had no sooner taken it than he saw a hideous Beast, armed with a deadly weapon. This fierce-looking creature asked him how he dared to touch his flowers, and talked of putting him to death. The Merchant pleaded that he only took the rose to please his daughter Beauty, who had begged of him to get her one. 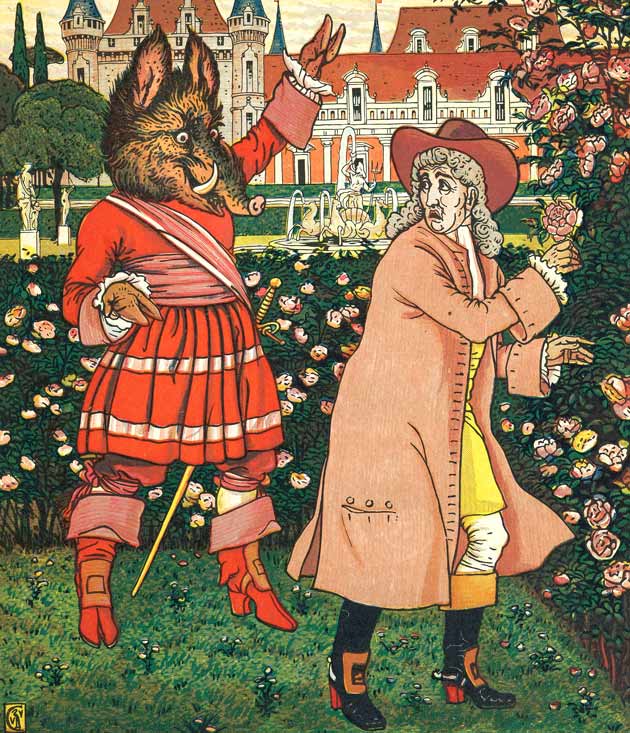 On this, the Beast said gruffly, “Well, I will not take your life, if you will bring one of your daughters here to die in your stead. She must come willingly, or I will not have her. You may stay and rest in my palace until to-morrow.” Although the Merchant found an excellent supper laid for him, he could not eat; nor could he sleep, although everything was made ready for his comfort. The next morning he set out on a handsome horse, provided by the Beast.

When he came near his house his children came out to greet him. But seeing the sadness of his face, and his eyes filled with tears, they asked the cause of his trouble. Giving Beauty the rose, he told her all. The two elder sisters laid all the blame on Beauty; but his sons, who had come from the forest to meet him, declared that they would go to the Beast instead. But Beauty said that as she was the cause of this misfortune, she alone must suffer for it, and was quite willing to go; and, in spite of the entreaties of her brothers, who loved her dearly, she set out with her father, to the secret joy of her two envious sisters. 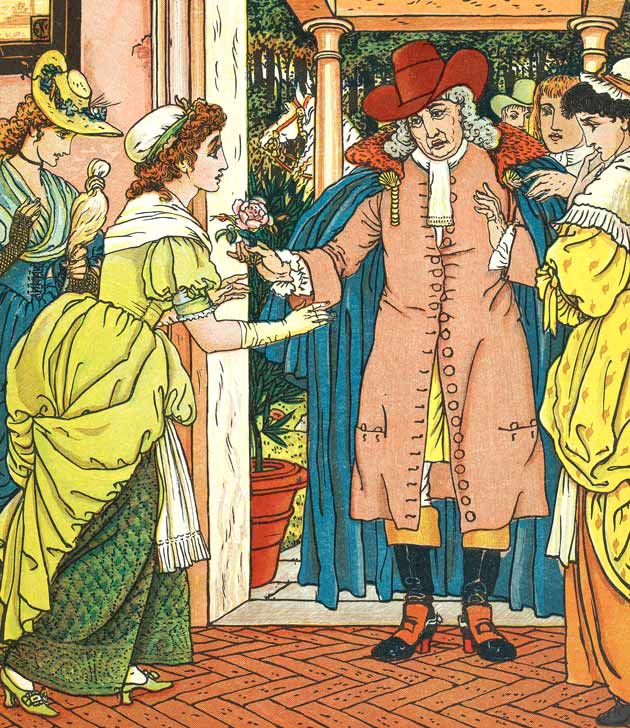 When they arrived at the palace the doors opened of themselves; sweet music was heard, and they walked into a room where supper was prepared. Just as they had eaten their supper, the Beast entered, and said in a mild tone, “Beauty, did you come here willingly to die in place of your father?” “Willingly,” she answered, with a trembling voice. “So much the better for you,” said the Beast; “your father can stay here to-night, but must go home on the following morning.” Beauty tried to cheer her father, at parting, by saying that she would try to soften the heart of the Beast, and get him to let her return home soon. After he was gone, she went into a fine room, on the door of which was written, in letters of gold, “Beauty’s Room;” and lying on the table was a portrait of herself, under which were these words: “Beauty is Queen here; all things will obey her.” All her meals were served to the sound of music, and at supper-time the Beast, drawing the curtains aside, would walk in, and talk so pleasantly that she soon lost much of her fear of him. At last, he turned towards her, and said, “Am I so very ugly?” “Yes, indeed you are,” replied Beauty, “but then you are so kind that I don’t mind your looks.” “Will you marry me, then?” asked he. Beauty, looking away, said, “Pray don’t ask me.” He then bade her “Good-night” with a sad voice, and she retired to her bed-chamber. 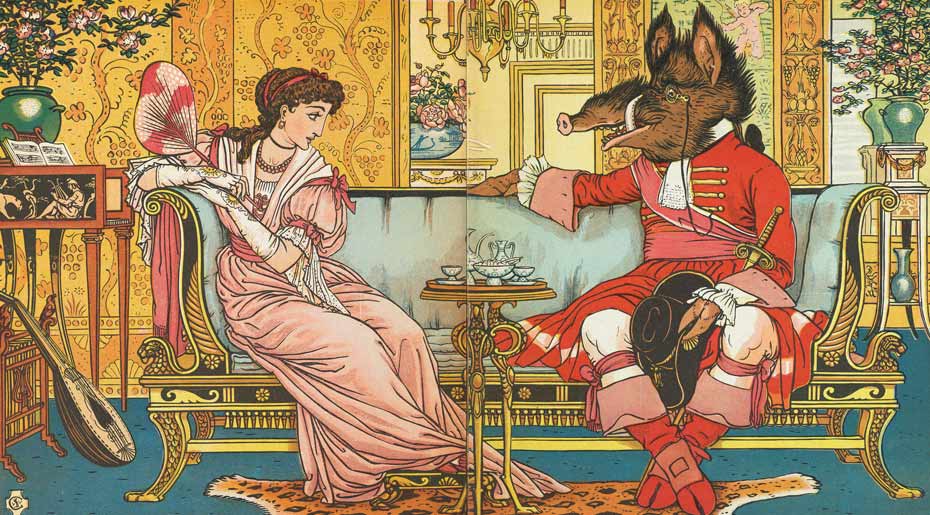 The palace was full of galleries and apartments, containing the most beautiful works of art. In one room was a cage filled with rare birds. Not far from this room she saw a numerous troop of monkeys of all sizes. They advanced to meet her, making her low bows. Beauty was much pleased with them, and said she would like some of them to follow her and keep her company. Instantly two tall young apes, in court dresses, advanced, and placed themselves with great gravity beside her, and two sprightly little monkeys took up her train as pages. From this time the monkeys always waited upon her with all the attention and respect that officers of a royal household are accustomed to pay to queens. 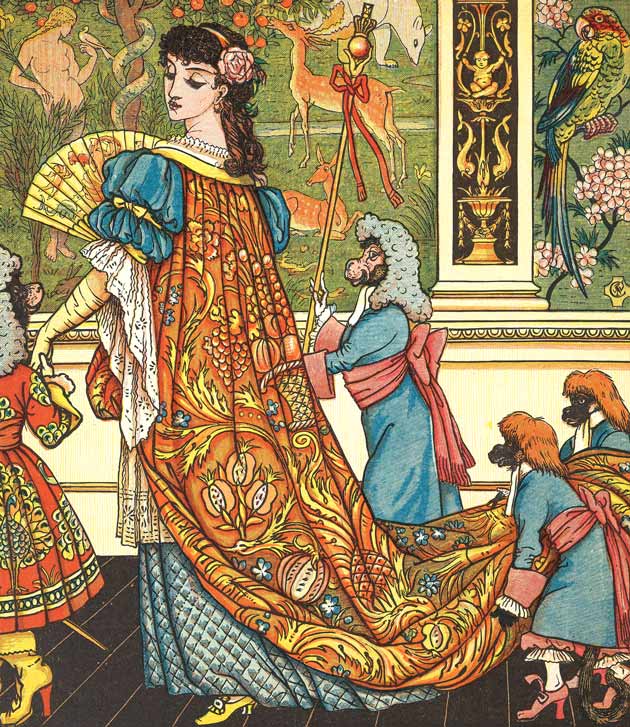 Beauty was now, in fact, quite the Queen of the palace, and all her wishes were gratified; but, excepting at supper-time, she was always alone; the Beast then appeared, and behaved so agreeably that she liked him more and more. But to his question, “Beauty, will you marry me?” he never could get any other answer than a shake of the head from her, on which he always took his leave very sadly.

The Birds who Befriended a King

The Hoopoes decided the other birds were jealous and, rather flattered, gathered round the pools so that they could admire themselves in the water.