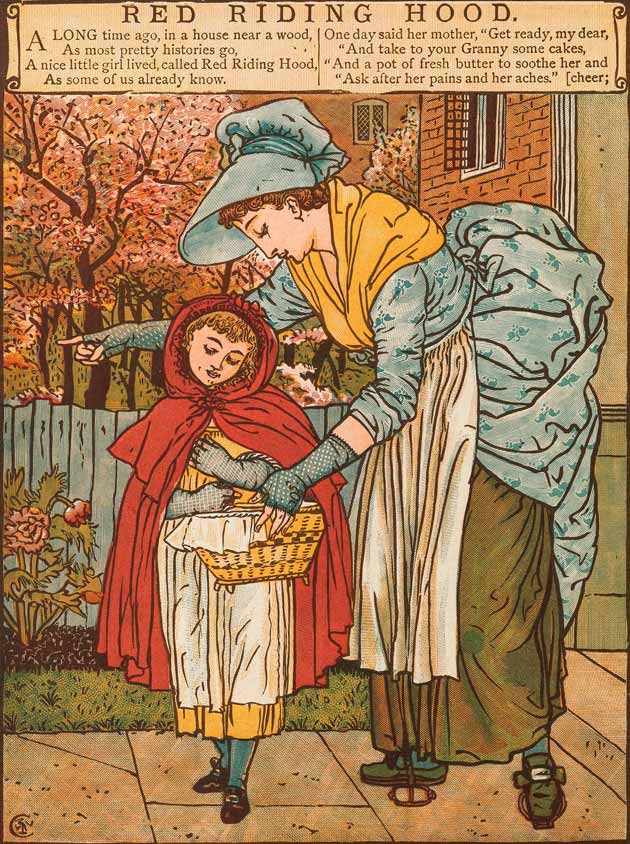 A long time ago, in a house near a wood,

As most pretty histories go,

As some of us already know.

One day said her mother, “Get ready, my dear,

“And take to your Granny some cakes,

“And a pot of fresh butter to soothe her and cheer;

“Ask after her pains and her aches.” 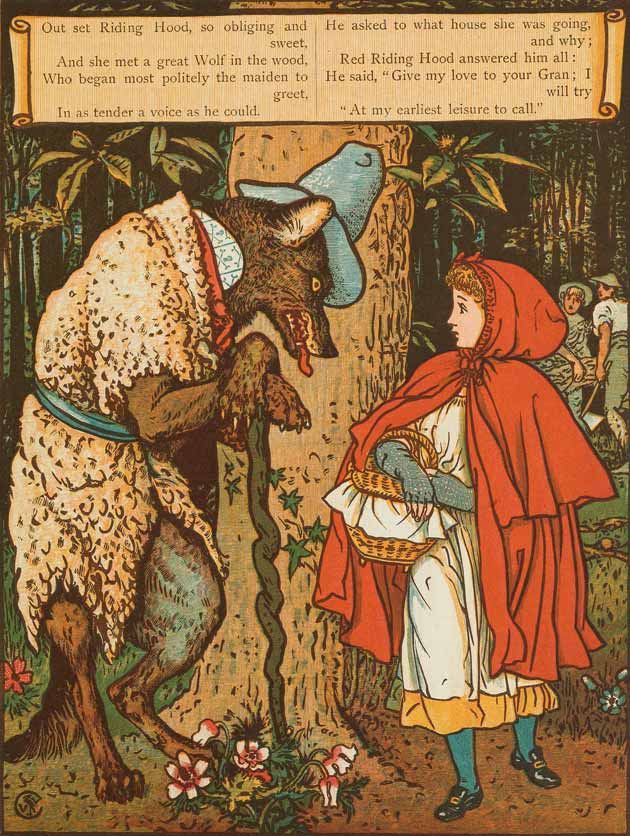 Out set Riding Hood, so obliging and sweet,

And she met a great Wolf in the wood,

Who began most politely the maiden to greet,

In as tender a voice as he could.

He asked to what house she was going, and why;

Red Riding Hood answered him all:

He said, “Give my love to your Gran; I will try

“At my earliest leisure to call.” 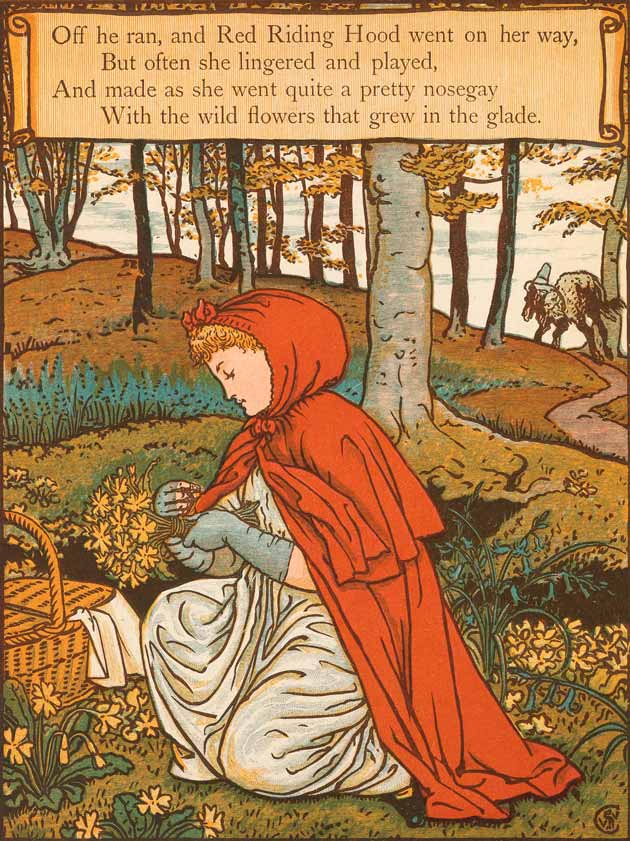 Off he ran, and Red Riding Hood went on her way,

But often she lingered and played,

And made as she went quite a pretty nosegay

With the wild flowers that grew in the glade. 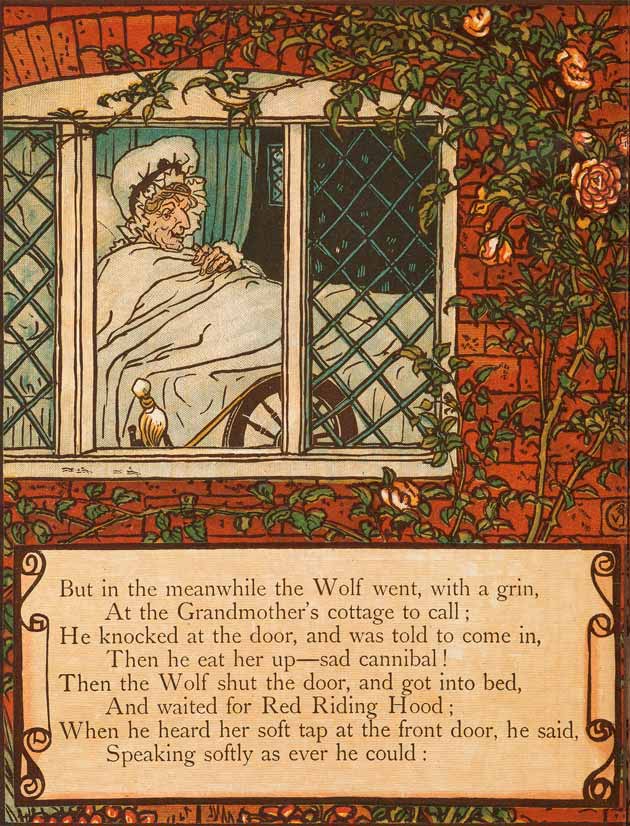 But in the meanwhile the Wolf went, with a grin,

At the Grandmother’s cottage to call;

He knocked at the door, and was told to come in,

Then he eat her up—sad cannibal! 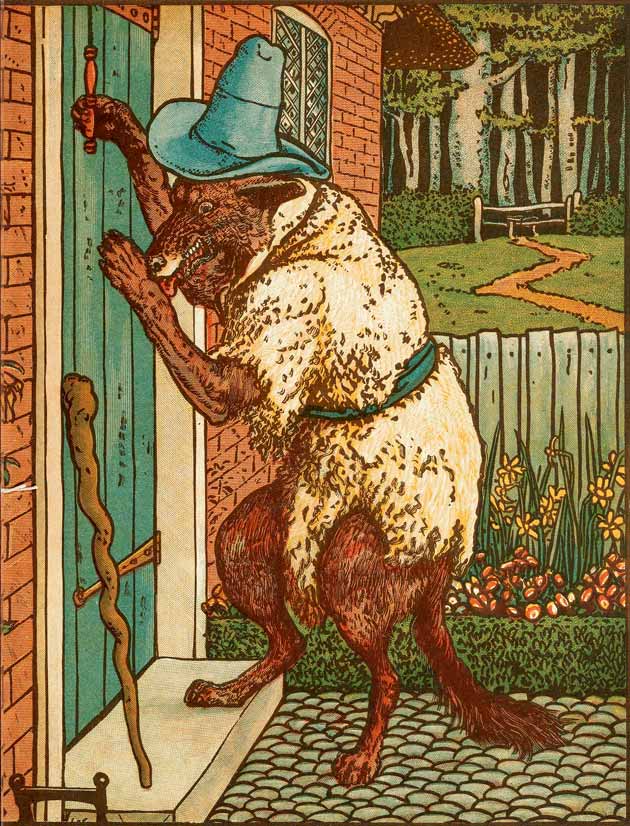 Then the Wolf shut the door, and got into bed,

And waited for Red Riding Hood;

When he heard her soft tap at the front door, he said,

Speaking softly as ever he could: 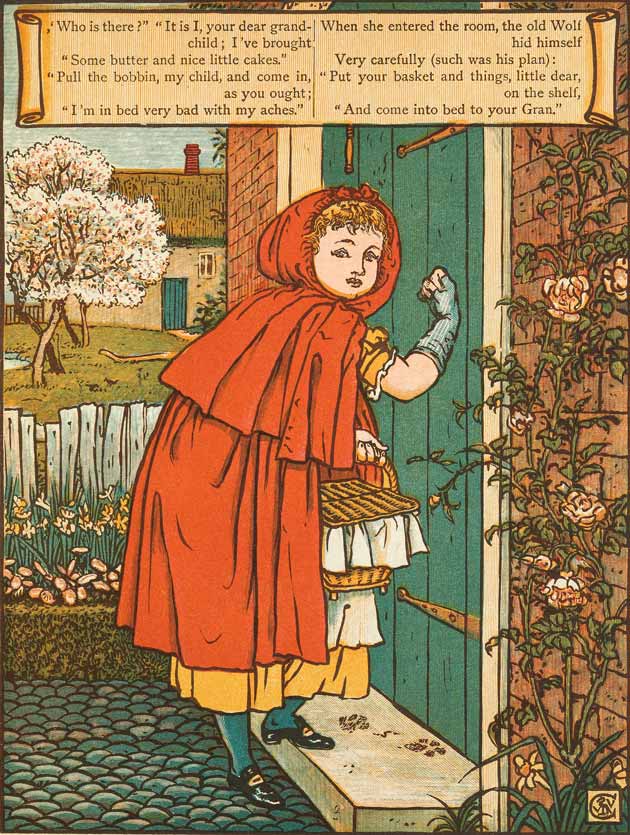 “Who is there?” “It is I, your dear grandchild; I’ve brought

“Some butter and nice little cakes.”

“Pull the bobbin, my child, and come in as you ought;

“I’m in bed very bad with my aches”

When she entered the room, the old Wolf hid himself

Very carefully (such was his plan):

“Put your basket and things, little dear, on the shelf,

“And come into bed to your Gran.” 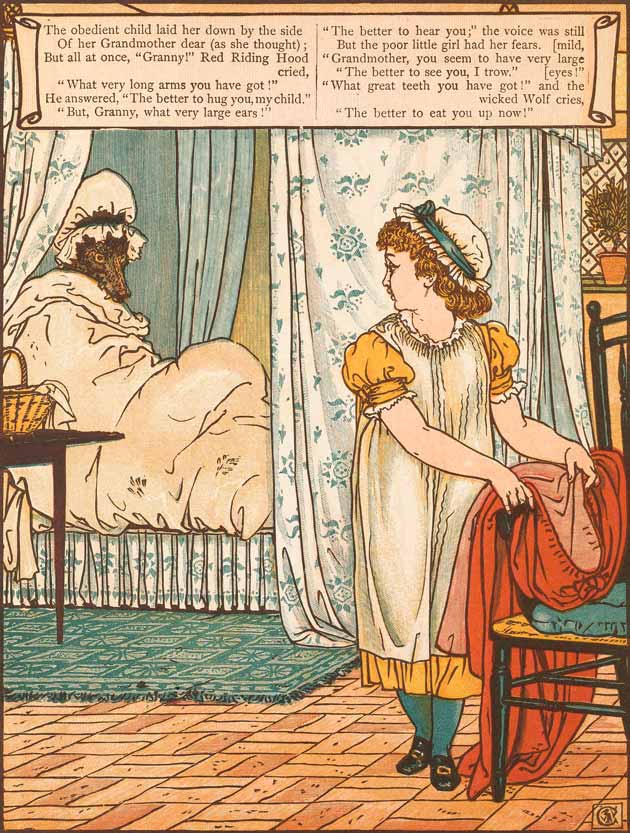 The obedient child laid her down by the side

Of her Grandmother dear (as she thought);

But all at once, “Granny!” Red Riding Hood cried,

“What very long arms you have got!”

He answered, “The better to hug you, my child.”

“But, Granny, what very large ears!”

“The better to hear you;” the voice was still mild,

But the poor little girl had her fears,

“Grandmother, you seem to have very large eyes!”

“What great teeth you have got!” and the wicked Wolf cries,

“The better to eat you up now!” 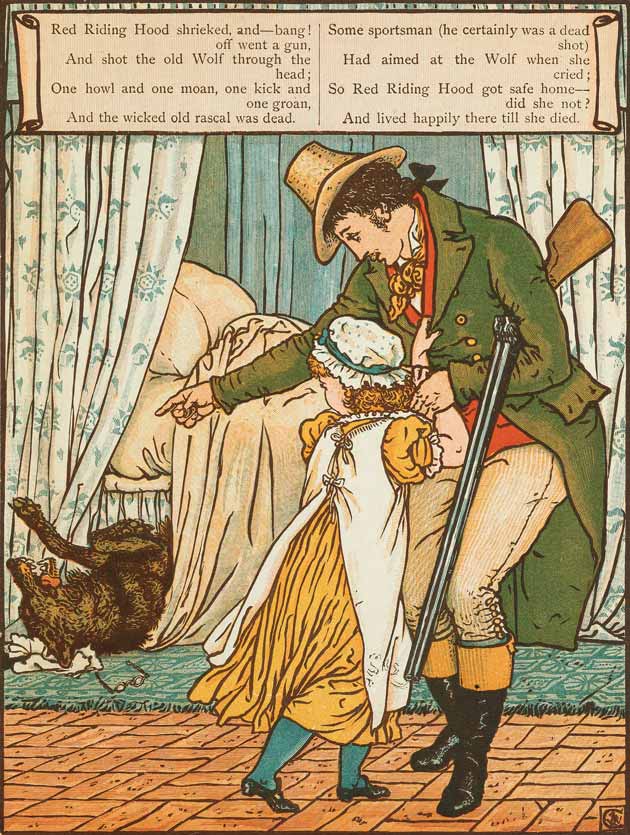 And shot the old Wolf through the head;

One howl and one moan, one kick and one groan,

And the wicked old rascal was dead.

Some sportsman (he certainly was a dead shot)

Had aimed at the Wolf when she cried;

So Red Riding Hood got safe home—did she not?

And lived happily there till she died.