Marriott was a lawyer of Gray’s Inn, who piqued himself on the brutal qualification of a voracious appetite, and a powerful digestive faculty, attainments which at most could only rank him in the same scale of beings as the cormorant or the ostrich.

Marriott increased his natural capacity for food by art and application, and had as much vanity in eating to excess as any monk ever had in abstinence. 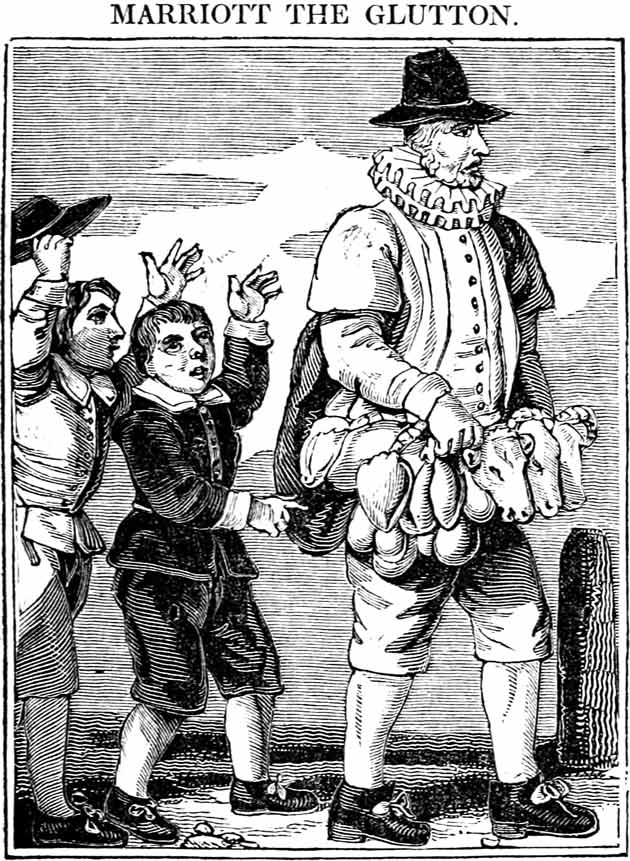 Under the print of Marriott, from which our engraving is copied, are the following lines:

Here to your view’s presented the great eater,
Marriott the lawyer, Gray’s Inn’s cormorant;
Who for his gut is become a mere cheater;
Those that will feed him counsel shall not want.

Great eaters have been found in all ages, from the time of Herodotus, the wrestler of Megara, who would eat as much as ought to serve his whole company; down to the fellow backed by Sir John Lade, some years ago, against a glutton provided by the Duke of Queensbury. We do not recollect how much these fellows devoured, but the umpires declared that one man beat the other by a pig and an apple-pie.