Mary Frith, or as she was more generally called, Moll Cut Purse, was a woman of masculine figure and spirit, who lived in the reign of Charles the First. She was a participator in most of the crimes and wild frolics of her time; and was notorious as a fortune-teller, a pickpocket, and a receiver of stolen goods. In this she acted much on the same plan that was afterwards adopted by Jonathan Wild, keeping a correspondence with most of the thieves of that time. She was particularly intimate with Mulled Sack, (whose life and portrait we gave in No. IV of The Cabinet of Curiosities,) until he once left her in pawn for a tavern score, when she dropped his acquaintance. 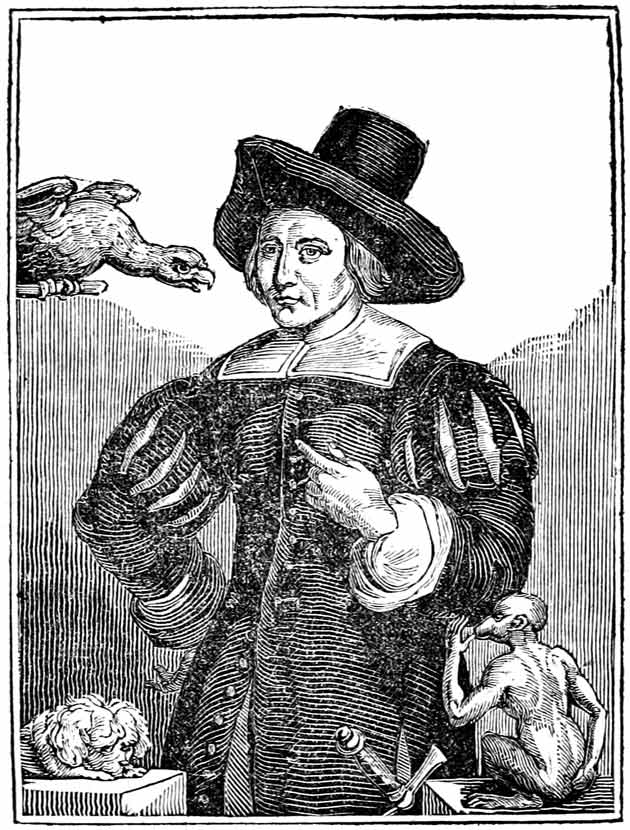 Moll Cut Purse once robbed General Fairfax on Hounslow Heath, for which offence she was sent to Newgate, but by the proper application of a large sum of money she soon obtained her liberty. She lived a life of iniquity which was extended to the age of seventy-five years.

Moll was very fond of smoking tobacco, which her early biographer thinks hastened her death; but the smokers of the present day would deny such an inference. Moll’s character and exploits are alluded to by Butler and Swift. Her portrait we have copied from an old print of the time.