There was a foolish old widowed She-Ape, who had two young Monkeys of twins. She doted upon one of them, whom she countenanced in breaking and pilfering what he pleased; while she only noticed the other to punish him bitterly if he should aggrieve or thwart his brother, but on the whole left him to his own devices. 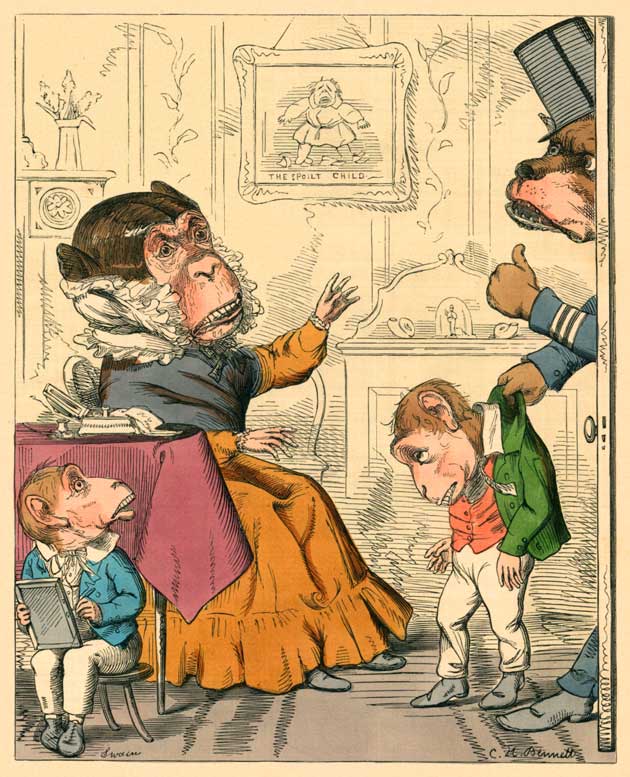 In the end the spoiled favourite broke out of bounds, and committed a theft away from his mother’s cage, and was snapped at by a big Watch-Dog, whose kennel was in a neighbouring Court; while his neglected brother grew up a harmless, active, and amusing Monkey, much respected by all who knew him.

A plant may thrive better by the road-side than in a hot-house where a Fool is the Gardener.