There was a dreadful young Ass, who prevailed upon the old Asses, his indulgent parents, to obtain for him a Lion’s skin, in which to masquerade about the world. At great cost and inconvenience to themselves, they provided him with the disguise he had begged for; and, clothed in it, he strutted forth believing himself a very Lion, and causing men to flee before him in terror. 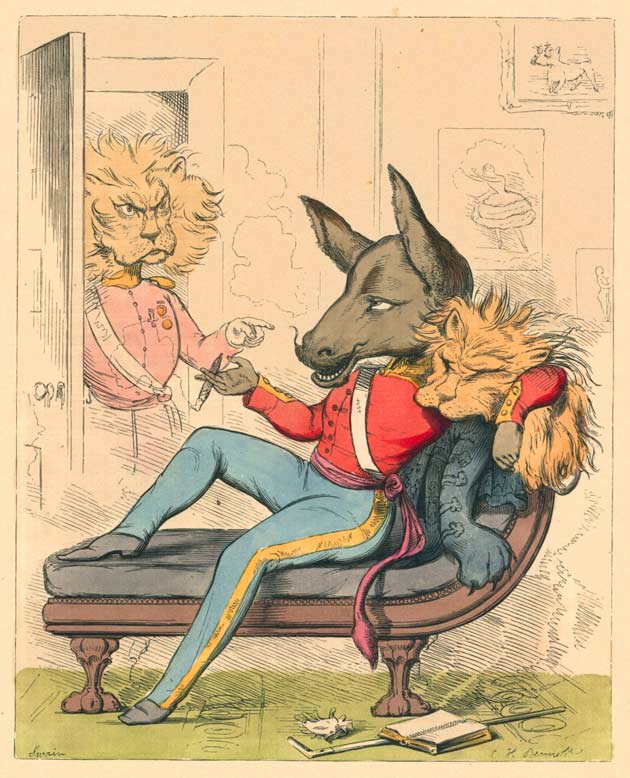 But it chanced in the end that, partly by the length of his ears, and partly by the discordance of his bray when he tried roaring, he was discovered, and the Lions with whom he had fought to herd fell upon him so mercilessly, that he only saved himself by flight, leaving his brave coat behind him, while men on every side laughed at and pelted him as he flew to his native common.

It is not the cocked hat that makes the Warrior.