By Charles Lamb and Mary Lamb

“A wicked action fear to do,

When you are by yourself; for though

You think you can conceal it,

A little bird that’s in the air

The hidden trespass shall declare

And openly reveal it.”

Richard this saying oft had heard,

Until the sight of any bird

Would set his heart a-quaking;

He saw a host of winged spies

For ever o’er him in the skies,

Note of his actions taking.

This pious precept, while it stood

In his remembrance, kept him good

When nobody was by him;

For though no human eye was near,

Yet Richard still did wisely fear

The little bird should spy him.

But best resolves will sometimes sleep;

Poor frailty will not always keep

From that which is forbidden;

And Richard one day, left alone,

Laid hands on something not his own,

And hoped the theft was hidden.

His conscience slept a day or two,

As it is very apt to do,

When we with pain suppress it;

And though at times a slight remorse

Would raise a pang, it had not force

To make him yet confess it. 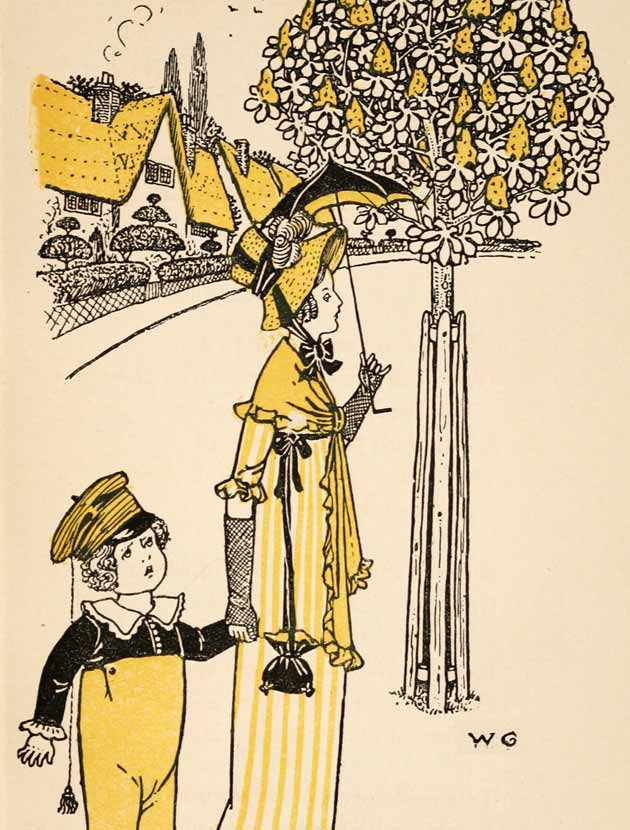 When on a day, as he abroad

Walk’d by his mother, in their road

He heard a skylark singing;

Smit with the sound, a flood of tears

His mother, wondering, saw him cry,

And fondly ask’d the reason why?

Then Richard made confession,

And said, he fear’d the little bird

He singing in the air had heard

Was telling his transgression.

The words which Richard spoke below,

As sounds by nature upwards go,

Were to the skylark carried:

The airy traveller with surprise,

To hear his sayings, in the skies

On his mid-journey tarried.

His anger then the bird express’d:

“Sure, since the day I left the nest,

So fit to move a skylark’s mirth,

As what this little son of earth

Hath in his grossness mutter’d.

“Dull fool! to think we sons of air

His virtues or his vices;

Or soaring on the summer gales

That we should stoop to carry tales

Of him or his devices!

“Mistaken fool! man needs not us

His secret merits to discuss,

Or spy out his transgression;

When once he feels his conscience stirr’d,

That voice within him is the bird

That moves him to confession.”

The Story of the Pine Trees

As the weather grew colder, many of the animals suffered greatly. But the pine trees and the cedars did not mind the cold. ‘Why are they so happy when we feel so uncomfortable?’ asked the animals. ‘Because they have the secret of fire,’ answered Manabozho. ‘If you can get it from them, you will be warm.’

Why the Sea is Salt

When the rich brother saw all that was on the table, and all that was behind in the larder, he grew quite spiteful and wild, for he couldn’t bear that his brother should have anything.