As a splendid Ox—who, by right of the great family he belonged to, was permitted to disport himself as he pleased in the fashionable parks of London—was taking his afternoon stroll, an envious, tawdry-coated little Frog, that flood gaping at him hard by, called out to certain of his fellows (who had hopped thither in his company all the way from the Fleet Ditch in the City), to take particular notice of the enormous size of the first-mentioned animal. 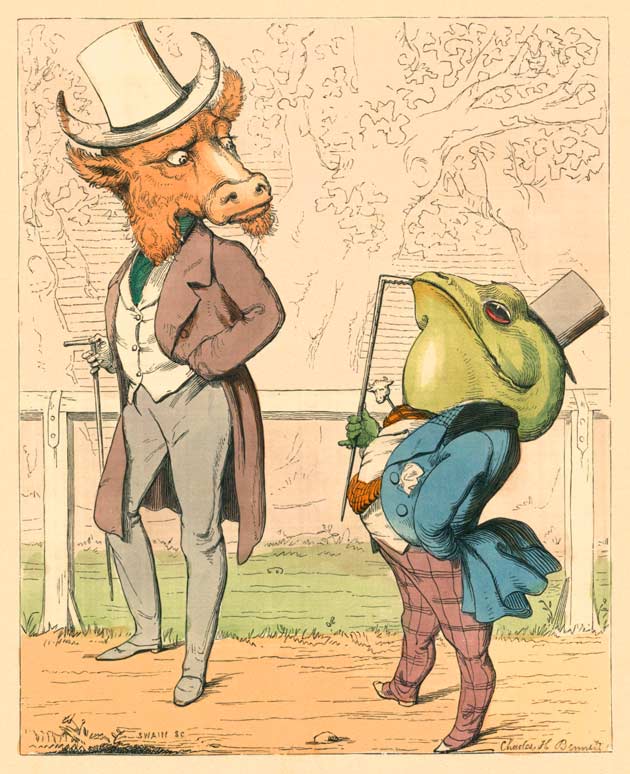 So he puffed himself up, once, twice, and again, and went still swelling on in impotent emulation, till in the end,—spite of the cautions of his brother frogs—he burst himself.

The humble citizen who strives, by mere inflation, to make as great an outward appearance as his substantial neighbour, must inevitably go to pieces.