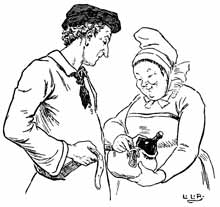 There was a man who had three sons, the youngest of whom was called the Simpleton, and was despised, laughed at, and neglected, on every occasion. It happened one day that the eldest son wished to go into the forest to cut wood, and before he went his mother gave him a delicious pancake and a flask of wine, that he might not suffer from hunger or thirst. When he came into the forest a little old gray man met him, who wished him good day, and said, “Give me a bit of cake out of your pocket, and let me have a drink of your wine; I am so hungry and thirsty.” 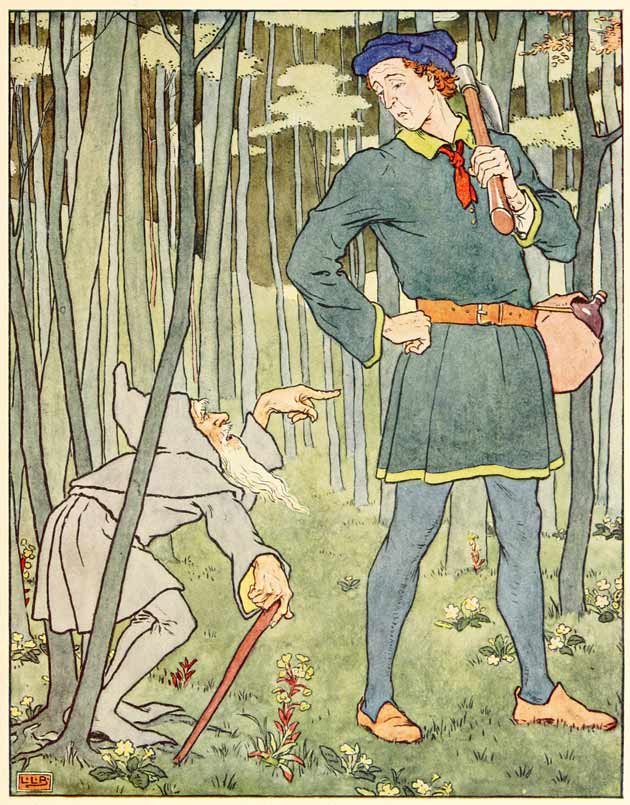 But the prudent youth answered, “Give you my cake and my wine? I haven’t got any; be off with you.” And leaving the little man standing there, he went off.

Then he began to fell a tree, but he had not been at it long before he made a wrong stroke, and the hatchet bit him in the arm, so that he was obliged to go home and get it bound up. That was what came of the little gray man. 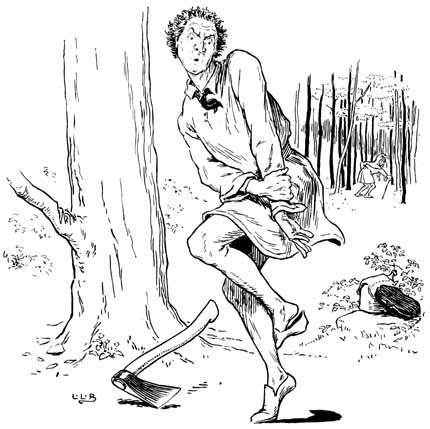 Afterwards the second son went into the wood, and the mother gave to him, as to the eldest, a pancake and a flask of wine. The little old gray man met him also, and begged for a little bit of cake and a drink of wine. But the second son spoke out plainly, saying, “What I give you I lose myself, so be off with you.” And leaving the little man standing there, he went off. 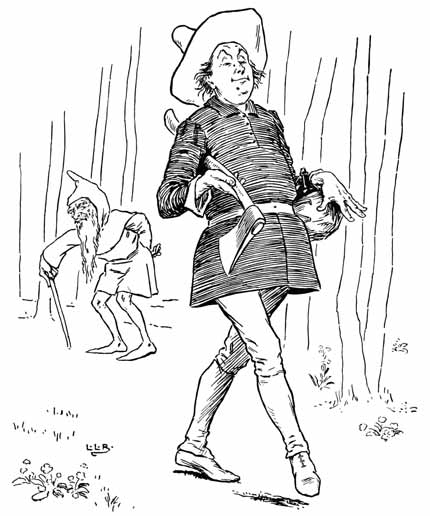 The punishment followed. As he was chopping away at the tree, he hit himself in the leg so severely that he had to be carried home.

Then said the Simpleton, “Father, let me go for once into the forest to cut wood”; and the father answered, “Your brothers have hit themselves by so doing; give it up, you understand nothing about it.”

But the Simpleton went on begging so long, that the father said at last, “Well, be off with you; you will only learn by experience.”

The mother gave him a cake (it was only made with water, and baked in the ashes), and with it a flask of sour beer. When he came into the forest the little old gray man met him, and greeted him, saying, “Give me a bit of your cake, and a drink from your flask; I am so hungry and thirsty.”

And the Simpleton answered, “I have only a flour and water cake and sour beer; but if that is good enough for you, let us sit down together and eat.” Then they sat down, and as the Simpleton took out his flour and water cake it became a rich pancake, and his sour beer became good wine. Then they ate and drank, and afterwards the little man said, “As you have such a kind heart, and share what you have so willingly, I will bestow good luck upon you. Yonder stands an old tree; cut it down, and at its roots you will find something,” and thereupon the little man took his departure. 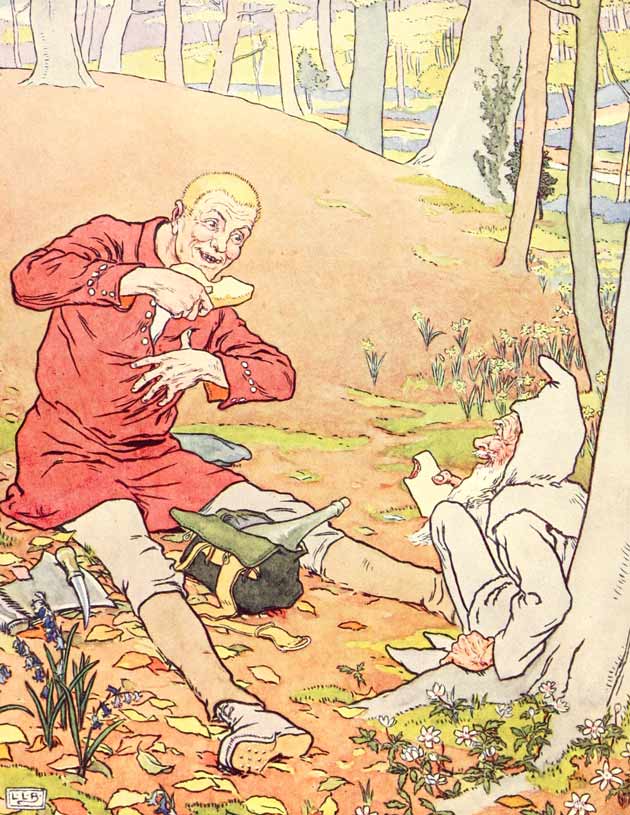 The Simpleton went there, and hewed away at the tree, and when it fell he saw, sitting among the roots, a goose with feathers of pure gold. He lifted it out and took it with him to an inn where he intended to stay the night. 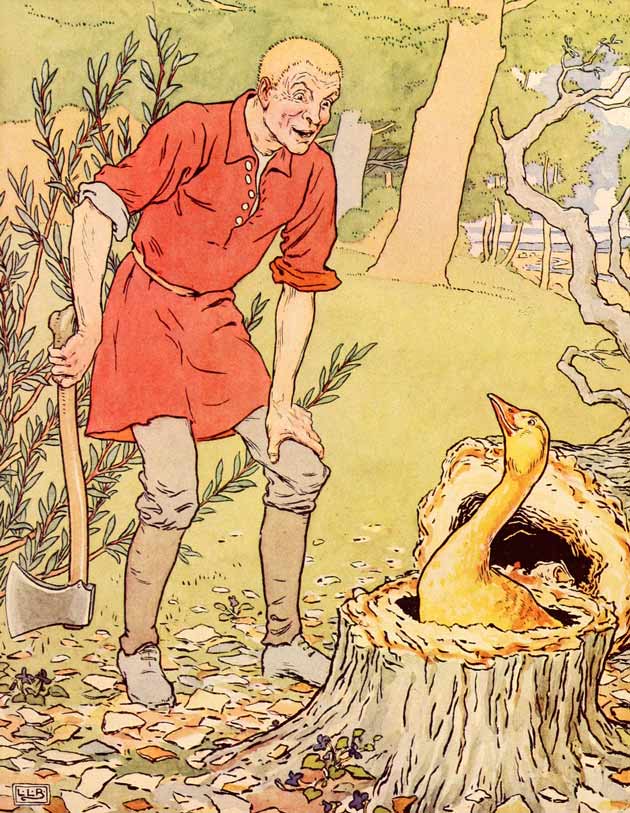