The History of Jack Jingle

Who does not know old Gaffer Jingle? Or what is yet more, who has not heard of his son Jack? 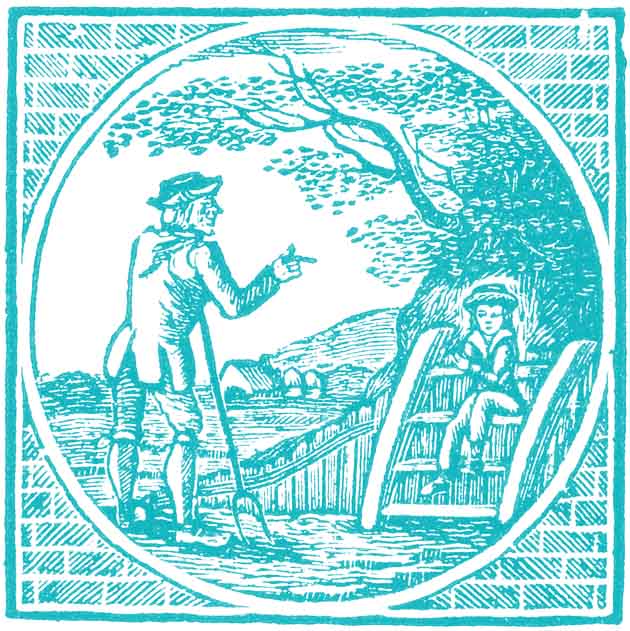 Gaffer Jingle worked for Sir Luke Loveall. Jack was one time called by his father to carry a fine fish he had caught, as a testimony of his gratitude to Sir Luke.

Jack accordingly received his orders, and having put his fish in a basket, set out for Sir Luke’s. The servant who received it gave him three halfpence, and, what is still better, a nice plumcake, (for you must know he loved Jack, because he was a good boy and learnt his book.) Jack returned thanks to the servant, and having secured his cake, he went out of the court-yard, and was just got to the gate, when who should be there but Sir Luke himself, taking a walk under a row of trees that grew on one side of his house. 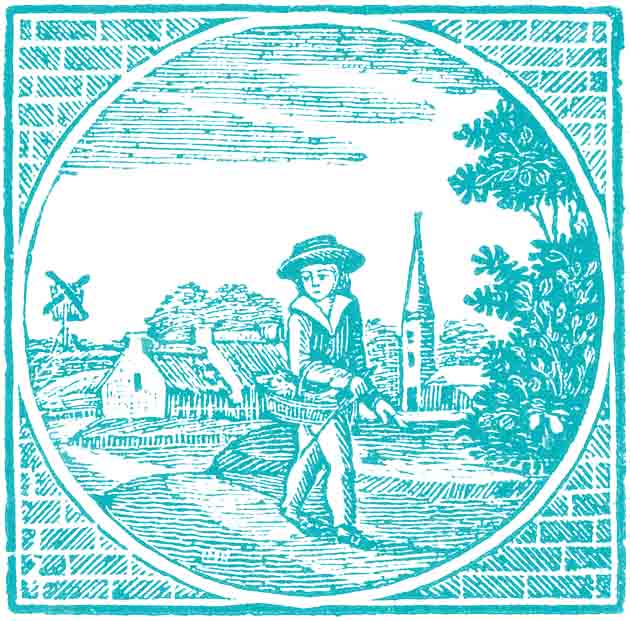 “Well,” says the Knight, “how is your father?” Jack replied, “Very well and thank your worship,” (for you must know he was a Justice of the Peace.) He then repeated his message to Sir Luke, who desired he would thank his father, and giving him a shilling, then went in to breakfast.

Jack, who had never seen so much money before in his life, was quite overjoyed at the sight, and ran away crying as loud as he could, “A Shilling! a penny! a halfpenny! and a plumcake! Huzza!” till he came to his father’s cottage.

The neighbours came out to see what was the matter, and the children after them. Jack sat himself down on the settle at the door, and calling the children about him, divided the cake among them, for he could part with any thing.

Next day, Jack’s father laid out this money in the purchase of some fowls: and Jack so well improved his little stock, that in a short time he sold his fowls and bought a lamb, which he called Liddy, and a pretty creature it was.

Now, you must know, one day Jack was sent to Sir Luke’s on an errand—I need not tell you that Liddy the lamb went with him.

The Knight asked him how he came by it, and he told him, which made Sir Luke laugh heartily to see his shilling so well improved.

Jack was now almost every day at the Knight’s, who, seeing him a good boy, sent him to school, where he behaved so well as to gain the love of both his master and school-fellows. Sir Luke also gave him a fine coach and a good estate, and so well did he manage it, that in a short time he built a house, which to this day is called The House that Jack built.