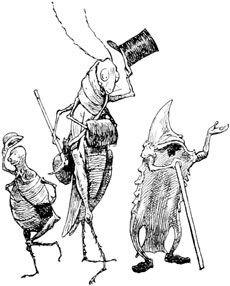 The flea, the grasshopper, and the spring-goose once wanted to see which of them could jump highest, and so they invited the whole world and everybody else who might care to see that kind of sport. When the three entered the room, all thought they were splendid specimens of jumpers. 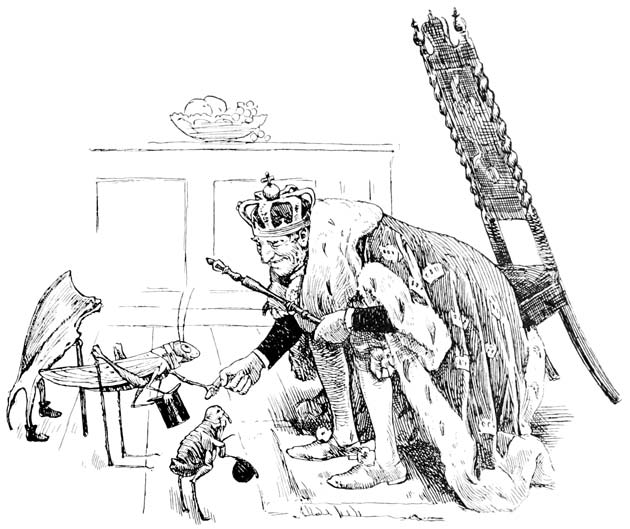 “Well, I’ll give my daughter to the one who jumps highest!” said the king; “for it would look so mean to let these people jump for nothing!”

The flea stepped forward first; he had such nice manners and bowed on every side, for he had the blood of grand ladies in his veins, and had been accustomed to associate only with human beings, which means a great deal.

Next came the grasshopper; he was certainly very much bigger, but he bore himself fairly well for all that, and wore a green uniform, the one he was born with. Moreover, as he said, he was connected with a very old family in the land of Egypt, and was highly esteemed here at home. He had been taken straight from the fields and put into a house of cards, three storeys high, all made with court-cards, with the colored side turned in; there were both doors and windows, all cut out in the waist of the Queen of Hearts. “I sing so well,” he said, “that, on hearing me, sixteen native crickets, that had been chirping since they were born, but never had a house of cards, fretted themselves even thinner than they were!”

Both the flea and the grasshopper were thus able to give a good account of themselves, and saw no reason why they should not marry a princess.

The spring-goose did not say anything; people said of him that he thought all the more, and as the palace-dog only sniffed at him, it was a guarantee that the spring-goose was of good family. The old alderman, who had got three orders for holding his tongue, assured them that he knew the spring-goose possessed the gift of prophesying; one could tell by his back, whether the winter would be mild or severe, and that was more than you could see by the back of the man who writes the almanacs.

“Well, I shan’t say anything!” said the old king; “but I generally go about and have my own opinion of things.”

Everything now depended upon the jumping. The flea jumped so high that no one could see him, so they said he had not jumped at all, which was rather mean.

The grasshopper jumped only half as high, but he jumped right onto the king’s face, which, the king declared, was most disagreeable. 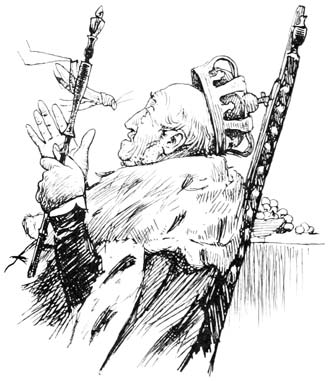 The spring-goose stood still a long time, thinking to himself; the people at last began to believe that he could not jump at all.

“I only hope he isn’t ill!” said the palace-dog, and sniffed at him again, when—wh’st! with a jump, a little sideways, he sprang right into the lap of the princess, who was sitting on a low, golden footstool. 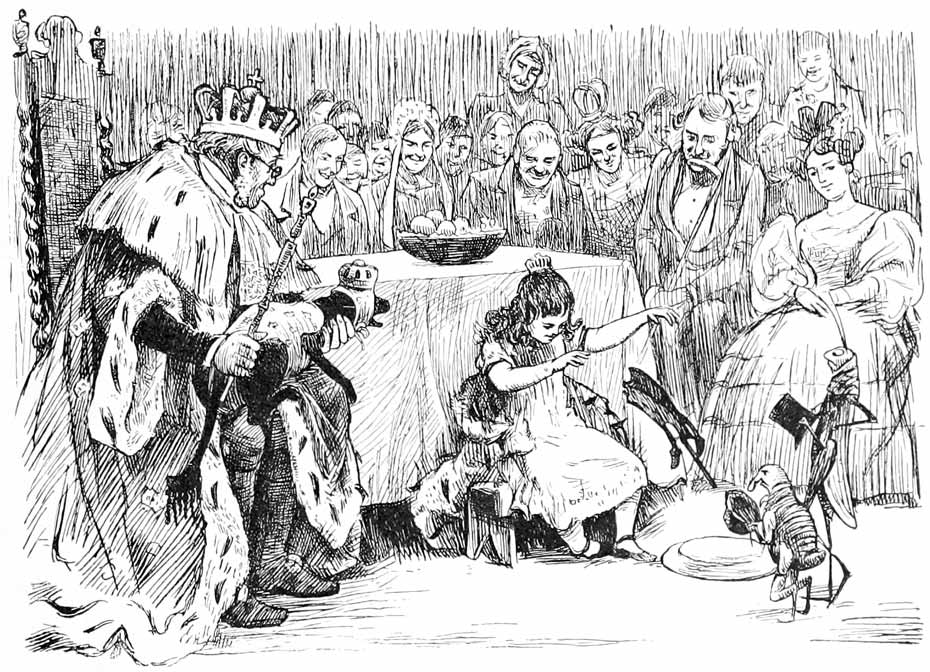 Then the king said: “The highest jump is to jump at my daughter, for that’s just the clever part of it. It requires brains to get an idea like that, and the spring-goose has shown that he has brains. He has a mind of his own!”

And so he got the princess.

“I jumped highest after all!” said the flea. “But it doesn’t matter! Let her keep that stuck-up bit of a goose with the peg and the cobblers’ wax! I jumped highest, anyhow; but I find it is necessary in this world to have substance, if one is to be noticed!”

And so the flea went abroad and enlisted, and there they say he was killed. The grasshopper settled down in a ditch just outside, and pondered over the way things were really managed in this world, and he also said: “Yes, substance is the thing, substance is the thing!” And then he went on singing his own melancholy ditty; and it is from that we have taken this story, which may not be true, although it is printed. 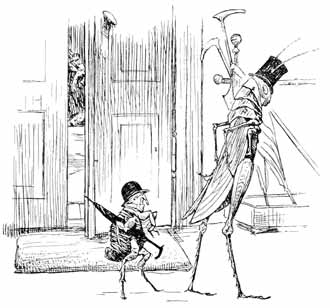