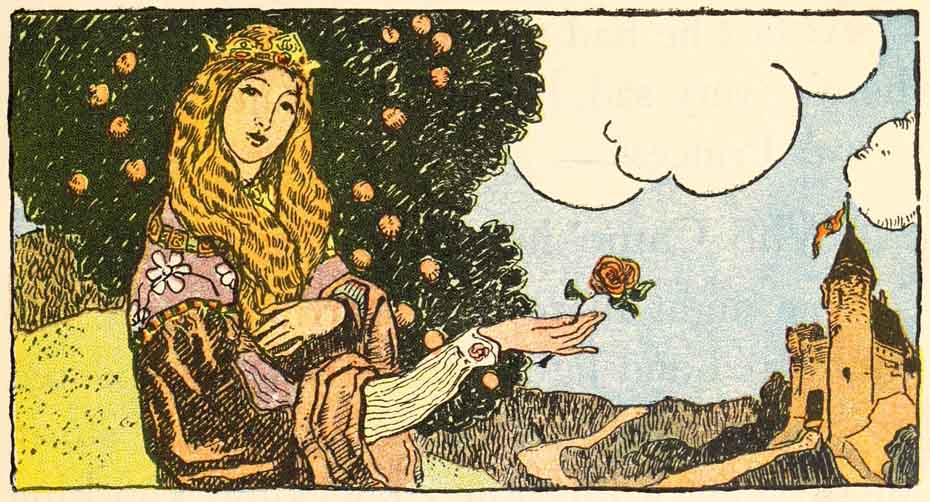 He traveled all over the world to find a real one. But, although there were plenty of princesses, whether they were real princesses he never could discover. There was always something that did not seem quite right about them.

At last he had to come home again. But he was very sad, because he wanted to marry a real Princess.

Who Came in at the Castle Gate 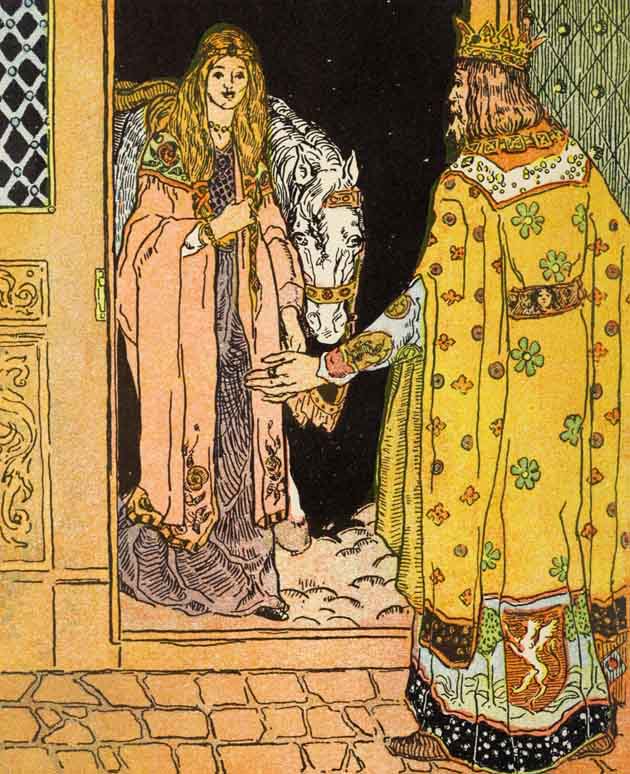 It was a young Princess that stood outside the gate. The wind and the rain had almost blown her to pieces. Water streamed out of her hair and out of her clothes. Water ran in at the points of her shoes and out again at the heels. Yet she said that she was a real Princess.

“Well, we will soon find out about that!” thought the Queen.

She said nothing, but went into the bedroom, took off all the bedding, and put a small dried pea on the bottom of the bedstead. Then she piled twenty mattresses on top of the pea, and on top of these she put twenty feather beds. This was where the Princess had to sleep that night.

In the morning they asked her how she had slept through the night. 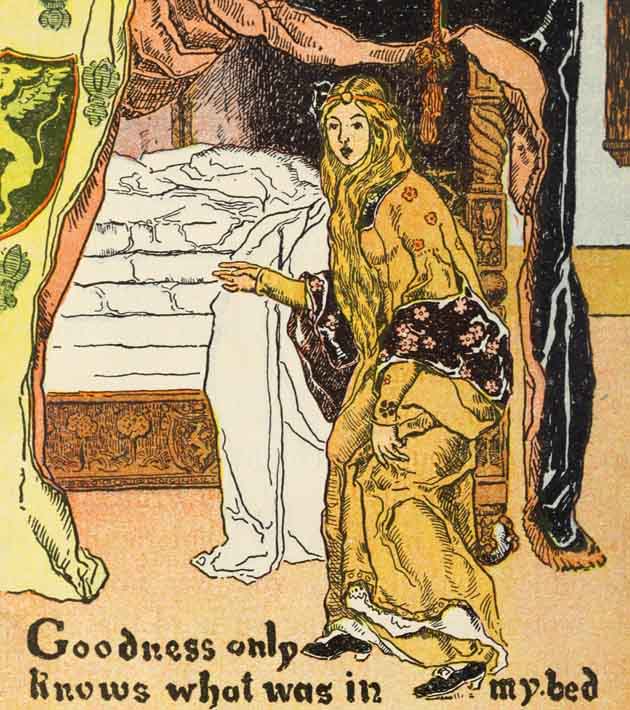 “Oh, miserably!” said the Princess. “I hardly closed my eyes the whole night long! Goodness only knows what was in my bed! I slept upon something so hard that I am black and blue all over. It was dreadful!”

At Last a Real Princess

So the Prince took her for his wife. He knew now that he had a real Princess.

As for the pea, it was put in a museum, where it may still be seen if no one has carried it away.

Now this is a true story!

Elves in Scotland: Their Skills

Every fairy unites in his own person the most various trades: he is his own weaver, tailor, and shoemaker.

A Legend of Flowers

The children cried for honey, and the mothers took little bark baskets into the woods to search for the sweet food. But they returned with empty baskets.

Enrique sat down on some stones to weep over his sorrow, and there prayed to heaven for his sister's life. A kid which was gracing near the spot heard the sound of his lamentations.