This is the Wild Huntsman that shoots the hares;

With the grass-green coat he always wears:

With game-bag, powder-horn and gun,

He’s going out to have some fun.

He finds it hard, without a pair

Of spectacles, to shoot the hare:

He put his spectacles upon his nose and said,

“Now I will shoot the hares, and kill them dead.” 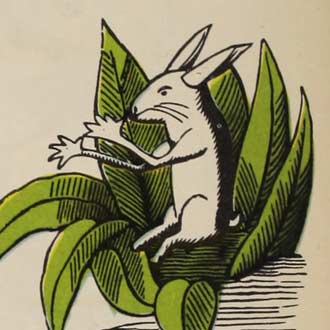 The hare sits snug in leaves and grass,

And laughs to see the green man pass. 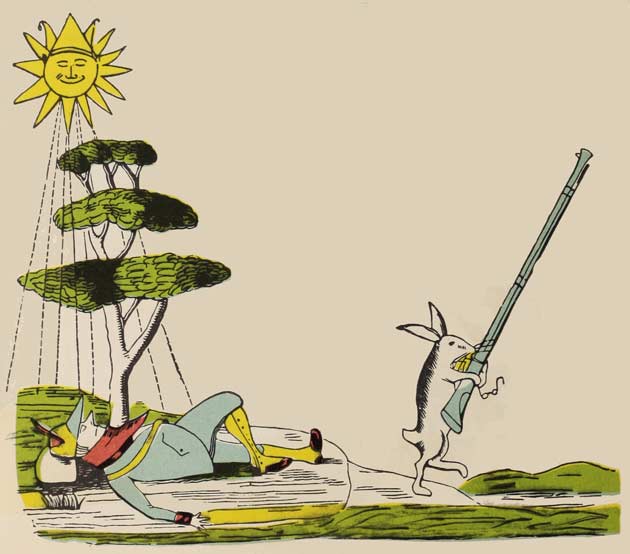 And he a heavy gun had got,

He lay down underneath a tree

And went to sleep, as you may see.

Took the gun and spectacles, and then

Softly on tiptoe went off again.

The green man wakes, and sees her place

The spectacles upon her face.

She pointed the gun at the hunter’s heart,

Who jumped up at once with a start.

He cries, and screams, and runs away, 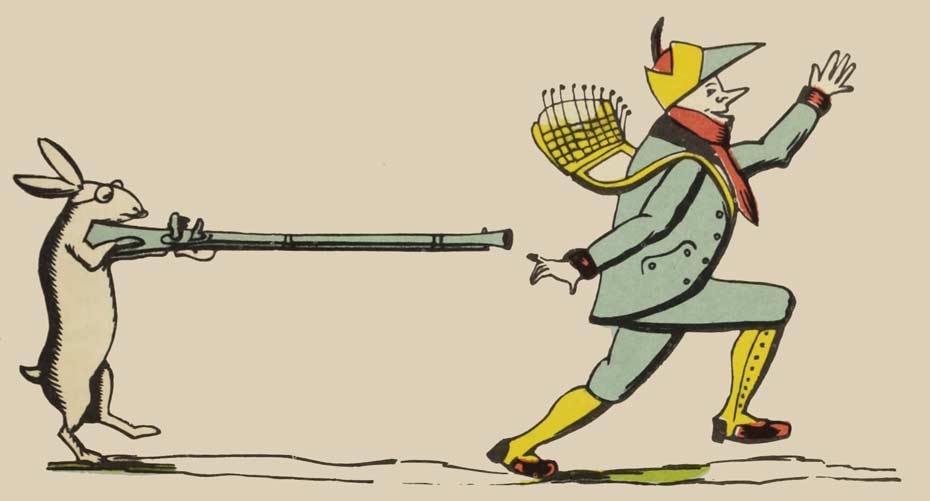 At last he stumbled at the well,

Head over ears, and in he fell.

The poor man’s wife was drinking up

Her coffee in her coffee-cup;

The gun shot cup and saucer through;

Hiding close by the cottage there,

Was the hare’s own child, the little hare;

When he heard the shot, he quickly arose,

And while he stood upon his toes,

The coffee fell and burn’d his nose;

And held up the spoon with his little toe. 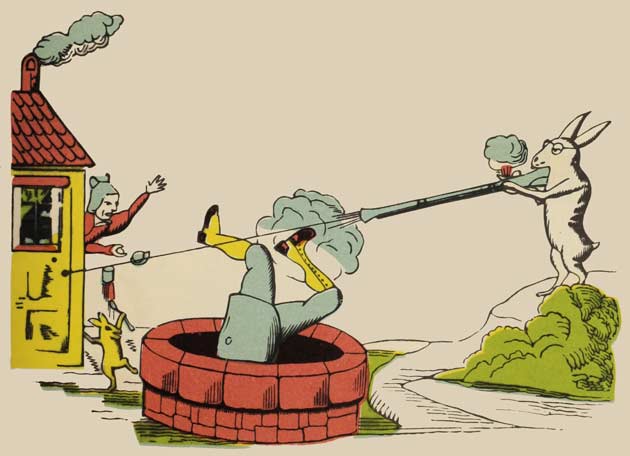