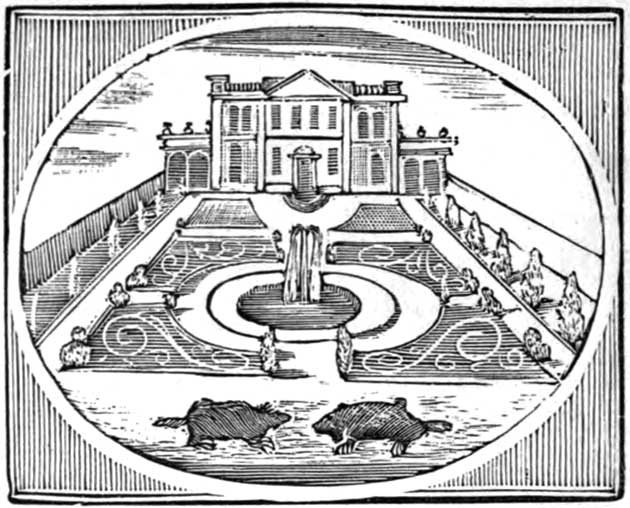 “The fact is, sir,” said a little Church Mouse to his Father-in-Law, “if you don’t make your Daughter keep a Civil Tongue in her head, I shall run away and Leave her.”

“You had plenty of time to Judge of her character Before you Married,” said the Father, coolly. “If I remember aright, you Favoured us with your company Pretty Often before my Daughter became your Wife—especially at Meals,” he added in an undertone.

“I don’t deny it,” said the Complainant, “but that doesn’t prove she isn’t a Vixen now. She was Civil Enough to me in those days.”

“That’s a Way they’ve Got,” agreed the Father, who was a well-to-do farm-yard Mouse, and had been Married thrice.

“But what would you advise?”

“Give her a Good Shaking.”

“I can’t,” confessed the Church Mouse, “it’s against our Rules you know, and if I would, I couldn’t, for she’s Ever so Much bigger and stronger than I.”

Here the old Mouse laughed at the Rueful Face of his Son-in-Law. “Well, it’s very Disgraceful,” he said at length, “especially as you are Church people.”

Then a Baby-Mouse began to cry, and the Father-in-Law went off to Hush its Sobs.

Instead of going home the Vixen’s Husband Walked About till he was tired, and then sat Down under an Old Willow-tree, the better to Reflect on his grievances.

“She’ll be Killing me some-day,” he said to himself, “and then there will be an End of it. Oh, dear me, I wish I were a Bachelor!”

Several Mice passed by, but none Perceived him. At last he Saw his Wife coming. It was growing dark, but there was no Mistaking her, and what a Rage she appeared to be in to be sure. Wasn’t he Glad to be safe under that Willow-tree!

Just as she came to the End of the Walk, a pugnacious looking Mouse met her. He had Come Down by the opposite Path.

Now in the gathering gloom, Mrs. Church Mouse thought it was her Beloved Spouse, so she flew at him, scratched him, and Banged him Right and Left before he knew where he was. The stranger had been Taken by Surprise, but quickly recovered, and shaking himself free from the enraged female, he Fell To, and gave her ladyship an Awful Trouncing: you should have Heard her Squeal, and Beg for Mercy!

More dead than alive Mrs. Church Mouse at length Made her Escape. Then Mr. Church Mouse came from under the Willow-tree and, with his Nose in the Air, walked home with Swaggering Gait. A Hero indeed was he!

“I’ve often Given you Warning,” he said, on entering their abode. “Now you’ve Got what you Deserved. Don’t let me have Any More of your tantrums, ma’am, or I shall have to Repeat the Dose.”

“Please don’t,” said his Wife, who was in a corner Bathing her throbbing head. “Please don’t. And I’ll Never say another Angry Word to you so long as I live.”

And she Never did.

A coward’s weapon is an abusive tongue.