The Children Playing in the Attic

“I will tell you something,” said the Moon, “that happened a year ago in a little country town in Germany.

“The master of a dancing bear was sitting in an inn, eating his supper. His bear was tied fast behind the woodshed in the back yard. He was a gentle old bear, and, though he looked fierce enough, he never did any harm to anybody.

“Upstairs, in the attic of the inn, three little children were playing about in the light of my clear rays.

“Flop! flop! they heard something coming up the stairs! What could it be?

“Suddenly the door flew open and there stood the bear—the big, shaggy Bruin! Tired of standing so long in the yard, he had at last broken loose and found his way upstairs and into the attic.

“I saw it all,” repeated the Moon.

“The children were so frightened by the bear that each crept into a corner to hide. But the bear found them all out, snuffed at each one, but did not do them any harm at all. 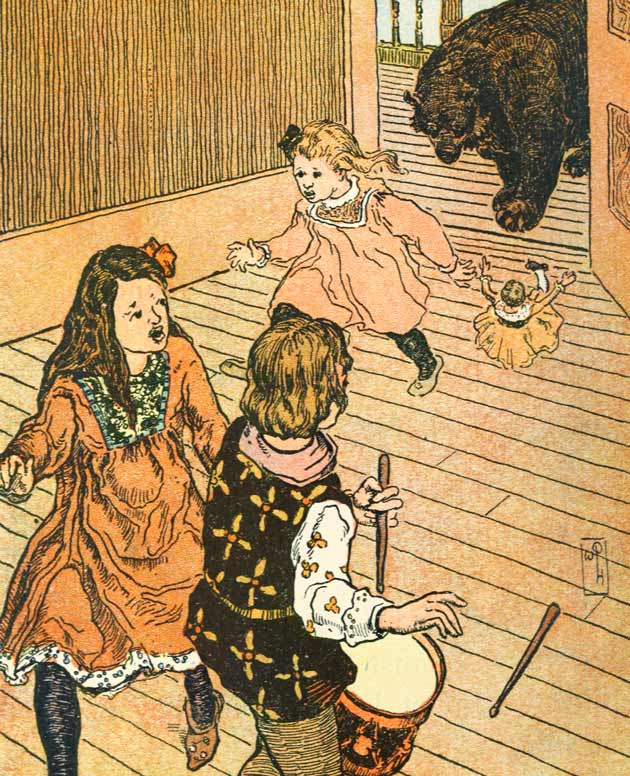 “‘Why, it must be a great big dog!’ the children said at last. And they began to pat him.

“The bear lay down on the floor, and the youngest little boy rolled all over him and hid his golden curls in the bears long black fur.

“The biggest boy got out his drum and beat upon it hard as ever he could. As soon as the bear heard this, he stood up on his hind legs and began to dance. It was great fun!

“Each boy shouldered his musket, and nothing would do but the bear must have one too; and he held it as tightly as any of them. Here, indeed, was a fine playmate and no mistake! They marched up and down—one, two! one, two! 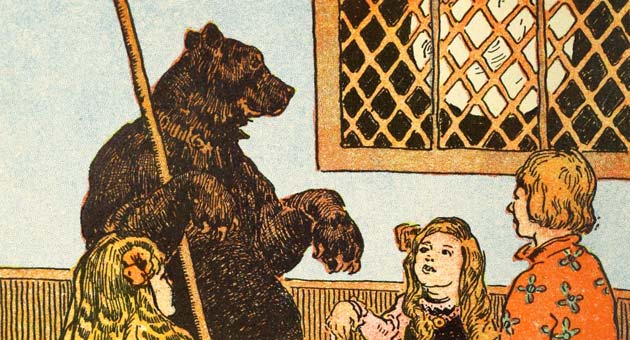 “Just then some one opened the door—it was the children’s mother. You should have seen her! Her face was as white as a sheet, and she was so frightened that she could not speak. But the smallest child cried out to her in delight, ‘See, we are playing soldiers, mother!’

“And then the master of the bear came in.”

Find stories similar to What the Moon Saw

Just as the good old man cut the skin of the peach, it seemed to burst open and there, inside, lay a tiny little baby boy, smiling up at them.

‘Beauty, did you come here willingly to die in place of your father?’ ‘Willingly,’ she answered.

Then, as Bebeck rounded the crag, he beheld a dark opening, within which he could hear a dreadful snarling and barking going on.